Claudia Jones Organisation was established in 1982.?Primarily, the organisation supports and empowers women and families of African Caribbean heritage.?We aim to provide culturally sensitive services that meet the needs of these women and families.
?Her contributions, her involvement in the liberation struggles made her name widely known in the Caribbean and with organisations working directly for the liberation of peoples in Africa, Asia and Latin America. She understood the double oppression of women and the triple oppression of black women and struggled for the rights and liberation of all women?.

From ?I Think of My Mother: Notes on the Life and Times of Claudia Jones?, B. Johnson of Karia Press (1985).

Imkaan is a UK-based, black feminist organisation. We are the?only national second-tier women?s organisation dedicated to addressing violence against Black and ‘Minority Ethnic’ (BME) women and girls.
The organisation holds nearly two decades of experience of working around issues such as domestic violence, forced marriage and ?honour-based? violence. We work at local, national and international level, and in partnership with a range of organisations, to improve policy and practice responses to BME women and girls.
Imkaan works with its members to represent the expertise and perspectives of frontline, specialist and dedicated BME women?s organisations that work to prevent and respond to violence against women and girls. Imkaan delivers a unique package of support which includes: quality assurance; accredited training and peer education; sustainability support to frontline BME organisations; and facilitation of space for community engagement and development.
Our research activities support the ongoing development of a robust evidence base around the needs and aspirations of BME women and girls, as well as promising practice approaches to addressing violence. Imkaan is at the forefront of programmes and initiatives relating to forms of violence that disproportionately affect BME women and girls.

We are a group of black and minority women with years of experience of struggling for women?s human rights in the UK. Although based locally, our work has a national reach.

Southall Black Sisters, a not-for-profit, secular and inclusive organisation, was established in 1979 to meet the needs of Black (Asian and African-Caribbean) women. Our aims are to highlight and challenge all forms gender related violence against women, empower them to gain more control over their lives; live without fear of violence and assert their human rights to justice, equality and freedom.

For more than three decades we have been at the forefront of challenging domestic and gender ? related violence locally and nationally, and have campaigned for the provision of proper and accountable support services to enable women and their children to escape violent relationships and live in dignity.

We run an advice, advocacy and resource centre in West London which provides a comprehensive service to women experiencing violence and abuse and other forms of inequality. We offer specialist advice, information, casework, advocacy, counselling and self-help support services in several community languages, especially South Asian languages. Whilst our focus is on the needs of black and minority women, we will not turn any woman away who needs emergency help. 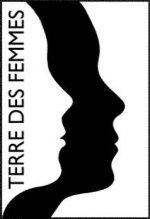 TERRE DES FEMMES (TDF) is a German non-profit women?s rights organisation. We are committed to ensuring that girls and women can live a free, safe, and self-determined life while holding equal and inalienable rights regarding all aspects of life. Our aim is to raise public awareness by means of education and advocacy, campaigning and lobbying, international networking, and individual personal assistance. We also promote a number of independent and local self-help projects abroad.

In June, 2014, TERRE DES FEMMES adopted the Feminist Mission Statement, that forms the basis of the previous and future work of the organisation.

TDF deals with a big variety of subjects through its five focus areas: Female Genital Mutilation (FGM), honour crimes, domestic violence, women trafficking, and virginity myths. Our current activities include, among many others, the annual film festival ?FrauenWelten? (Women?s Worlds) in T?bingen and the ?flag campaign?, a nationwide initiative on 25 November ? the International Day for the Elimination of Violence Against Women.

Women4africa is a UK registered organisation focused on ?celebrating? and empowering ?Africa and its women by supporting and ?celebrating their role in their communities via Conferences, supporting education and Awarding prestigious awards, recognitions and special honours on such women identified and nominated by the public.

?Women4africa? was birthed from a 20 year desire and passion to see women honoured and appreciated in a celebratory way. Overtime, African women have often been portrayed as victims of poverty, violence, and conflict, amongst other disasters. Beyond advocating and engaging them to fight against these negativities, it is equally important to highlight that African women are also ?agents of positive change? in their communities. It is their sheer determination, ambition, passion, talent, resourcefulness and drive which often forgotten in the stories of this women that Women for Africa intend to promote. We exist to support and encourage African women to excel in all they do.

Africa has over 53 countries and a large number of women who are unique and different in their own individual ways. Women of all walks of life tend to face a lot of challenges in today?s society. However, many African women have been great examples of success worldwide promoting peace in conflict-inflicted areas and contributing to the increased resources in their nations. Our popular ?Women4africa Awards? is one of the many ways we celebrate and honour these powerful women. The Awards is one of our major events held annually at a prestigious London venue where a number of nominated women are awarded for their hard work and creativity.

WHAT WOMEN FOR AFRICA DOES

We work in 3 main areas to support African women and girls. We do this by working and supporting ?key charities, policymakers; engage communities and ?Africans themselves to address this crucial issue. To do this, we put together evidence-based projects focused on awareness raising and support, against the backdrop of our key areas of work.

The European Women’s Lobby was created in response to a growing awareness of the need to defend women’s interests at European level since :

The scope of the European Union’s activities are continuosly extending and affect areas with a direct impact on women’s daily lives, particularly since the establishment of the internal market.
It became urgent for women and their organisations to participate in the programmes established by the Union and to get acquainted with European legislation affecting them.
The creation of such an organisation and its designation of lobbying also corresponds to the particular character of European-level decision-making process, which allows space for the creation of many organisations, founded to represent a wide range of interests and categories of women within civil society (including various economic sectors as well as trade unions, professional and social groupings).
These organisations were responding to a real need on the part of the European institutions. Contrary to received ideas, the number of European officials is rather low compared to national institutions . The institutions therefore often call on experts in the course of their work, due in particular to the need for taking into account the diversity of the Member States’ populations and legislations.
As decision-makers within the European institutions are not directly elected by the citizens (with the exception of the European Parliament) the creation of an organisation such as the EWL also corresponds to the need to bridge the democratic gap between the EU institutions and European citizens.

To lobby at European level and to provide information to decision-makers to ensure that women’s rights and needs as well as a gender perspective , are taken into account in the preparation of policies and legislation .
Promote their participation of women’s organisations at EU level and provide them with the information they need to do so.

The EWL thus plays a dual role as a link between women’s organisations and institutions. The EWL facilitates dialogue and exchanges between citizens and European decision-makers. Because of its advisory status in both the United Nations Economic and Social Council and the Council of Europe, the EWL plays an instrumental role at the international level.