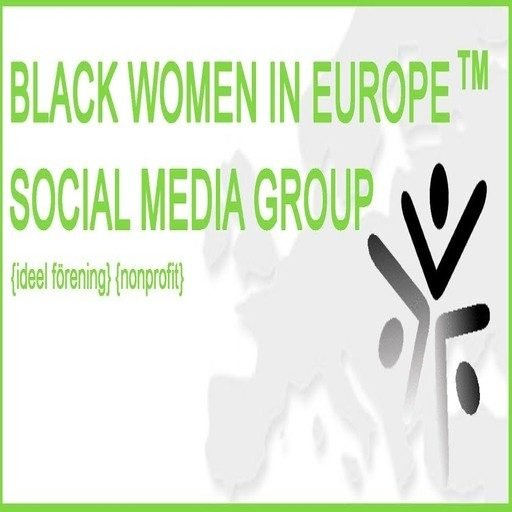 Adrianne Lind has won many awards for her work in the blogosphere including the Sisterhood Agenda Sisterhood of Greatness Award, and the  Maishagalen Entrepreneur of the Year. She is a sought-after speaker with past engagements in San Francisco, Amsterdam, and London. Her 10-year old multi-award winning Black Women in Europe® Blog received media credentials from the Democratic Party to cover the 2012 Democratic National Convention. She was part of an accredited blogging team in 2008.

In 2005 she founded JobsinStockholm.com which at the time was a ground-breaking job board for English speakers in Sweden. She is the co-founder of the Women of the African Diaspora website and social network, BlackExpat.com website, and StockholmExpat.com blog. She is a founding board member of the Black European Women’s Network in Vienna, that received recognition from the European Commission.

Andy Collins is a freelance graphic designer and entrepreneur from London, England, and lives in Uppsala, Sweden.

After arriving in 2005, Andy started the Afro-Swedish website urbanlife.se, a unique platform at the time focused on highlighting and supporting Afro-Swedish culture.

His design projects reflected his desire to work with Black culture and the community with clients such as CinemAfrica, African History Week, and Black Women in Europe® .

The website held the first-ever Scandinavian Soul festival in 2013 and holds an annual award show.

After earning a Business Administration degree from the University of Gothenburg Daphne spent 24 years as a Social Worker and Human Resources Champion fighting to prevent sexual violence against women and children. She was an advisor to the Swedish Delegation to the UN Commission for the Elimination of Discrimination Again Women in 2010.

She is the proud mother of 3, grandmother of 1, and a foster mother to over 40 children from various backgrounds. Somehow, she has found the time to fuel her love of travel. In addition to her monthly trips to the UK to visit the Gambian community, her travels have included visits to Sri Lanka, Malaysia, Poland, Iceland, and all 3 Baltic States.

Irene Opira holds a Bachelor’s degree in the Social Sciences and a Masters in Social Anthropology from Stockholm University.

She has worked in both government institutions as well as civil society organizations with a focus on human rights including minority rights, the human rights of children, women empowerment, and diversity. Irene has also served as a board member in various organizations such as Noaks Ark Stockholm and the Swedish Women’s Lobby.

Award-winning writer and photographer Lola Akinmade has photographed and dispatched from roughly 60?countries for various publications. Her photography is represented by National Geographic Creative.

She also owns and runs Geotraveler Media a multimedia and travel consulting firm providing a spectrum of travel media-related services from writing and photography to web design and social media. She is editor-in-chief of Slow Travel Stockholm an editorial site that encourages travelers to explore Stockholm deeper and slower.

She is also a founding member of the Nordic Travel Bloggers (NordicTB) collective which brings together the top professional travel influencers and digital storytellers in the Nordic countries of Sweden, Finland, Norway, Denmark, and Iceland.

Former restauranteur and serial entrepreneur, Lyota Swainson is the co-founder of Core Radiance hair care products. Her vocation is to regrow hair, transforming the lives of the women she educates and treats around the world.

Jonas Lind is a career Military Officer with over 35 years of service to Sweden. During his career he has moved from the Platoon, Company, Brigade, and Joint Staff levels on Gotland, Halmstad, Stockholm, and England. He has been a popular instructor, mentor, and lecturer and is an avid reader and visitor of historic sights.

He brings his unique Swedish perspective, level-headedness, and talent for forward-thinking to our Board.

Laverne Wyatt’s focus is on recognizing the diversity of unrecognized expertise by helping people from diverse backgrounds to be more visible in online media. She is from South Africa and has lived and worked in Durban, Malta, and Oslo is a mother of 2 boys and an avid hobby farmer. Through her company In Living Colour – Media that Empowers – she guides people with expert knowledge and skills, with a desire to profit from knowledge sharing, through a 5 part system of self-branding.

Lesley-Ann Brown is a Trinidadian-American author, freelance journalist, activist, and poet. Her recent work examines methods of de-colonial narratives fused with political activism. She’s one of the co-founders of Say It Loud, a spoken-word-poetry collective, consisting of Black women poets in Copenhagen, Denmark. Say It Loud is now the R.A.M. Poetry collective (Random Access Memory). Brown has been featured and invited to participate in a range of events, including BE.BOP 2016 Black Europe Body Politics, in Berlin and Copenhagen, and she was one of the panelists in and organizers for the first-ever Women of Color Panel in Denmark.

Brown attended the New School for Social Research Eugene Lang College where she studied Writing & Literature. She later went on to work in New York publishing while freelancing for various magazines. Her move to Copenhagen, Denmark in 1999 inspired her to create the blog www.blackgirlonmars.com – which she has since retired. She’s currently working on a memoir entitled Decolonial Daughter, to be published in the UK in Spring, 2018 by Repeater Books.

Kathy Thompson is a former classical, neo-contemporary, and modern professional dancer. Amsterdam (Scapino). She performed with the Basel Ballet, Switzerland, Cie Nomads, Vevey, Switzerland, Phillip Treh?t, LeHarv, France, Pretty Ugly, Freiburg, Germany, and Dortmund Stadtheater, Germany.
After dancing in various productions in Berlin she re-educated herself, moved to Stockholm, and worked for foot specialists Scholls where she honed her skills before opening her own salon. Kathy is a foot therapist, lymph massage, and Alexandria Body Sugaring hair removal practitioner and Educator. It is not by accident that Kathy is able to use her innate ability to be in tune with the body and mind to bring healing and beauty together in a professional setting in Stockholm city.