Maisha – Self help group for African women in Germany

Maisha e.V. ? African Women in Germany
Who we are
We are an organization of African women in Germany. Our aim is to assist African women?living in Germany. We are a self-help group and we assist each other in crises, in dealing with?German authorities and the society in general. We address issues like childcare, jobs, daily?problems, health and psychological problems. The concept is to empower each other to?become a proud and active part of German society but at the same time remain firmly rooted?in our culture and African background. We encourage each woman to become active in her?own community.
History
We were founded in 1996 by Virginia Wangare Greiner and 6 other people, who thought it was about?time that African women speak out for themselves. Virginia has been our General Manager since.?In 2002 Maisha got the Integration Award (Integrationspreis) of the City of Frankfurt.?In 2006 Virginia was awarded the German Federal Cross of Merit (Bundesverdienstkreuz) .
Since 2006 Maisha holds the chairmanship of the Organisation European Migrant Women in Belgium.?In 2010 Maisha was awarded the Gabriele Stecker Preis by the organization Soroptimist.?Internal Organization?We are registered in Frankfurt am Main and are officially certified as non-profit organization.
According to our statutes we elect a new board of directors once a year. The present board?2012 consists of 6 women and one man. The position of a chairwoman is held by Elizabeth?Gavi.?Maisha has 550 members. Apart from the General Manager it has no salaried executives or?employees but many volunteers, Christa the office secretary the most active among them.
Core Project
Our daily job is being a low level clearing office for the International Clinic (Internationale?Sprechstunde) at the Frankfurt Health Department by the Frankfurt Department of Women?s?Affairs. We are called on by Africans (and lately East-Europeans and other nationalities) who?want to get an appointment with the clinic and we have to process their paperwork. While
they are with us we have to deal with numerous other problems concerning housing problems,?alien status, discrimination, health, nutrition, childcare and other issues. Our African clients come from all African nations, Eritrea and Nigeria being high on the list. In the last few years?we had a steady rise of pregnant African women searching our help.
FGM - What we do for Africans
One of our current projects is prevention work against female mutilation in Germany. We are?aware of a growing concern in society about this issue, but the German organizations who?dealt with it are not representing the African women the way we would represent ourselves.?At the same time they are not reaching many African women.?We offer preventive counselling to African families. One way is information about the legal?situation in Germany. On this background we want to convince mothers to stop the practice of?FGM. We want to keep them from being prosecuted and expelled from Germany. ?Instead we want to support them in finding ways to alter this tradition, to preserve its valuable elements?and negotiate a creative compromise by finding non-violent ways of performing the?ceremony.?We work with African girls and with their mothers. Contrary to other organizations we want
nurses, midwifes healers and circumcisers to play an important role in the concept of altering?the tradition.
Cooperation with German groups and institutions
We work together with schools, community agents, government offices, police and the?Ministry of Family Affairs, as well as with other German organizations who also deal with?FMG. We teach them for example how to communicate with the victims of this practice in?sensible and respectful ways. We lecture about FGM, this involves giving the agents insights?into the cultural background of the women and what these traditions mean for them. We offer
trainings for different institutions and give interviews on radio and TV.
Multipliers
We want to empower other African women to become active multipliers for our approach in?their communities throughout Germany and Europe. They should be enabled to inform about?FGM-prevention in combination with AIDS-prevention. Also we are in contact with?organizations in Africa to exchange experiences, to learn from each other and see how they?work in respect to FGM.
Funding and Partners
Our longtime funds are mainly from
? City of Frankfurt am Main ? Public Health Department
? City of Frankfurt am Main ? Department for Women?s Affairs
The FTV 1860 (Sports Club), helps us by offering us free office space
Our partners are:
? Federal State of Hesse ? Department for Justice, Integration and Europe
? PendaKania (NGO)
? Africa Diaspora in Europe (NGO)
? Amnesty International / End FGM European Campaign
? Terre des Femmes
? LebKom (NGO)
? European Network of Migrant Women (NGO)
? Akidwa Ireland (NGO)
? EKS Prag (NGO)

Creating awareness and appreciation of the various political, economic, social and traditional problems women face in different societies;
Creating and promoting understanding and accommodation among different cultures and societies in the community;
Assisting and providing consultancy in the integration of immigrant women.
Promotion of good and beneficial cultures and traditions.
Campaigning against harmful traditional practices affecting the health of women and children.

Campaign against harmful traditional practices:
Since 1998 the campaign against female genital mutilation (FGM) became the organization?s area of priority. Its aim is through awareness and change of values prevent its practice among immigrant population originating from FGM risk countries.

Updating the status of FGM practice among immigrants in Austria.
Creating awareness and understanding of the nature and magnitude of the problem both among the local community and immigrants. It is a continuous and target specific exercise and addresses various aspects of FGM: origin and justification, health and medical consequences, political, legal, social and cultural aspects.
Provide information and resource material to students, researchers and media people.
Provide consultation to FGM victims.
Prepare an FGM training aid kit and train trainers.
Strengthen communication and cooperation with FGM European network.

Membership and cooperation
The African Women?s Organization is a sector of the Inter-African Committee and its representative in Austria.?It is a member of the European FGM Network.?In the past, A.W.O. has also, in partnership with RISK (Sweden) and VON (the Netherlands), run a EU Daphne funded project. 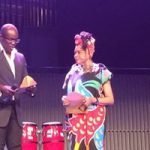 The Maisha initiative was launched in 2007 with the aim to make visible the contributions of women and role models within the African diaspora in Sweden. The association presents cultural events; seminars, workshops and promotion of cultural exchange between the African continent and Sweden. The major event since 2008 has been the Maisha gala, African Diaspora Awards.