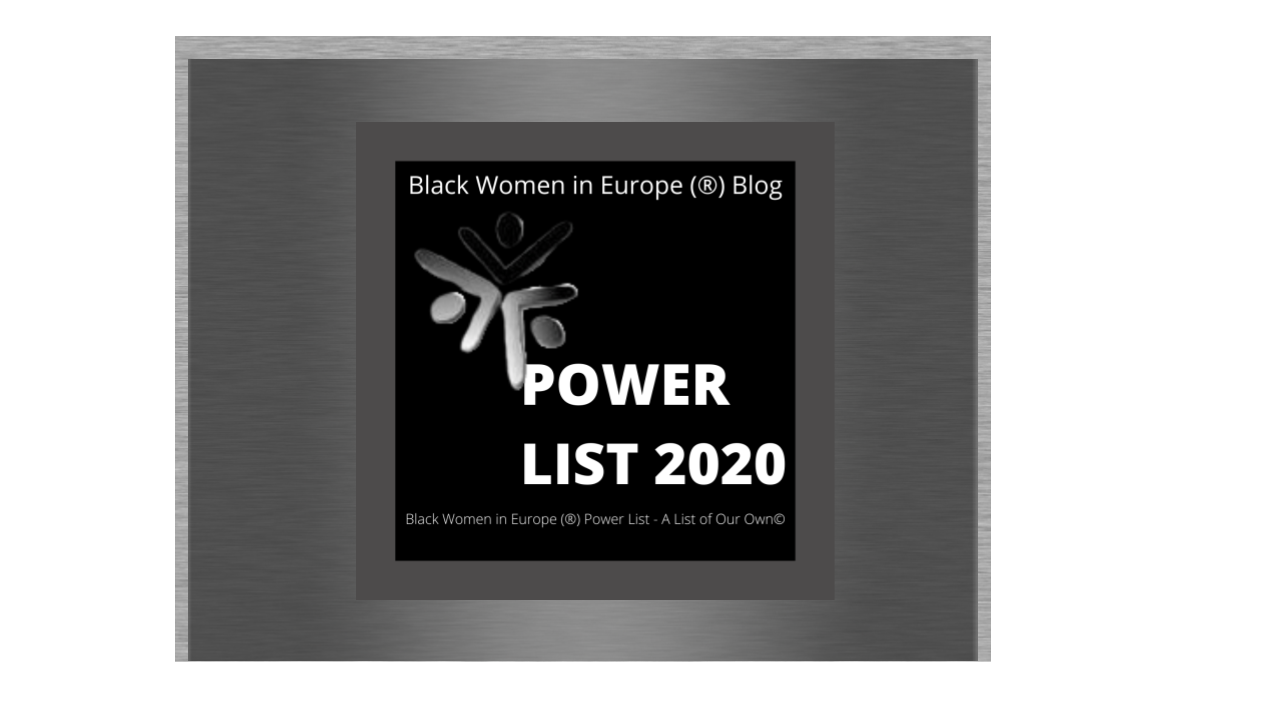 The Black Women in Europe™ blog, created in 2006 by Adrianne George, released its 11th Black Women in Europe™: Power List 2020  – A List of Our Own©. This 11th  year we feature 9, and give special recognition to 11 women who provided 14 workshops and performances in our Let’s Do Us! Series to mitigate pandemic lockdown anxiety. The awardees are in the following categories: Activism, Arts, Entrepreneurship, Fashion,  Media, and STEM.

“2020 has been anything but normal”, George concedes. “But black women across Europe continued to do amazing things, including coming together to help each other deal with the repercussions of a global pandemic in our Let’s Do Us! Workshop series”.

In 2010 the Black Women in Europe™ Blog released its first Power List naming 58 women across Europe in 6 categories. Over the last 11 years, a total of 182 women have been included on the Black Women in Europe™: Power List  – A List of Our Own©. It was the first and remains the only one of its kind that celebrates the achievement of black women across Europe. This year marks the first time that two women have been named in two different years.

The previous lists combined have received well over 341,384 views on Slideshare and are presented in alphabetical order. They are intended to acknowledge powerful black women in Europe and to inspire others to reach their full potential. The lists do not aim to assess rank but rather to showcase influential women who, in some cases are well known and in others, are women who should be known.

This is the 7th year the list contains a call to action to join the Black Women in Europe™ Kiva Lending Team. It is the 5th year that the Power List is dedicated to Derek McCullough, former List creative director, who died in 2015.